Master Ryuho Okawa is a World Teacher in true happiness, whose mission is to lay down guiding principles for humanity for the next two to three thousand years. Beginning in 1986, he has given over 3,400 heartwarming and enlightening lectures, at times speaking in front of more than 50,000 audiences at some of the world’s largest venues such as the Tokyo Dome in Japan.
His teachings are simple enough for people of all ages and backgrounds to understand, yet deeply profound. By revealing the Truth, beauty, and the value of the world and of life, he is awakens people to their true nature and their potential, so that they may know what real happiness is and how they can achieve it. He also gives practical advice on how to solve the current financial, economic, and political issues on both a national and a global scale. His passion, energy and courage to bring happiness to people all over the world is truly an inspiration to behold. 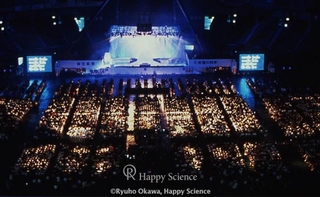