His Books and as a Bestselling Author

Master Ryuho Okawa is an internationally best-selling author, and his books have been best sellers for 29 consecutive years in Japan. He has released over 3,000 books to date, and the number continues to grow. Many of his books have ranked in the list of the bestsellers, and some have sold over a million copies. Today, he is one of the most influential authors in Japan and his voice provides guidance to the general public, the top executives, and even the government. Since IRH Press was founded in 1987, Master Ryuho Okawa’s teachings and opinions stated in his lectures and his spiritual messages have been regularly published as books.
In 2010, he published 52 books in a single year and was given the Guinness World Record for “the most books written in one year by an individual.” Master Okawa’s books have also been translated into over 40 languages such as English, German, French, Portuguese, Chinese, Korean and others, gathering numerous readers around the world. Outline of the teachings are written in the series, Trilogy of the Laws – The Laws of the Sun, The Golden Laws and The Nine Dimensions: Unveiling the Laws of Eternity. Notably, The Laws of the Sun, the modern bible, attracts many readers from all over the world.
In Japan, a new book joins the Laws series at the start of each year. Every Laws book is very important as it indicates the philosophy and the guidelines of the activities throughout that year.
In the recent years, many books on spiritual messages have been published.
These books contain messages from the spiritual beings or the guardian spirits of the people living in this world, and they (the messages) are summoned by Master Okawa to deliver their thoughts and ideas. Some books and sutras with profound Truths are only available at the branches and temples and the Shojas, and only to the members of Happy Science.

The Trilogy Represents the Core Teachings of the Buddha’s Truth

The Trilogy consists of three sacred books – The Laws of the Sun, The Golden Laws and The Nine Dimensions: Unveiling the Laws of Eternity – which describe core teachings of Master Ryuho Okawa. These books can be purchased online or at the bookstores.

The Laws of the Sun: One Source, One Planet, One People 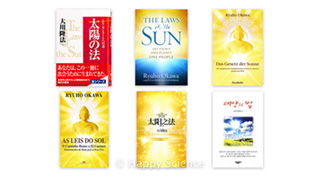 The Laws of the Sun - One Source, One Planet, One People is the fundamental book of Buddha’s Truth. It reveals the real Genesis and illustrates the developmental stages of Love and the structure of enlightenment. The rise and fall of the past civilizations on earth, and the true mission of Lord El Cantare are revealed for the first time in human history.

The Golden Laws: History Through the Eyes of the Eternal Buddha 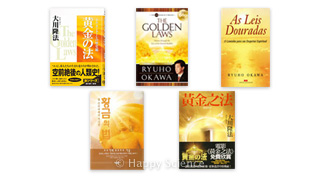 The Golden Laws - History Through the Eyes of the Eternal Buddha outlines the lives of great historical figures, and uncovers the hidden secrets of human history. In this second book of the trilogy, Master Okawa discusses the concept of time and predicts the future of mankind.

The Nine Dimensions: Unveiling the Laws of Eternity 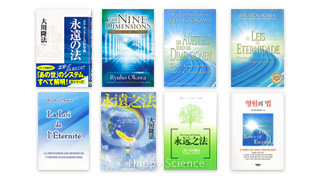 Followed by The Laws of the Sun and The Golden Laws, The Nine Dimensions: Unveiling the Laws of Eternity explains the laws of space. This third book of the trilogy clearly illustrates the multi-dimensional structure and the true nature of the spirit world.

Communicating with the spirit world and exploring and revealing its mysteries have been Master Okawa’s continued effort since he attained Great Enlightenment in 1981. He has published spiritual messages as a proof that the spirit world does exist. “Spiritual messages” (Reigen in Japanese) are the words of the spirits revealed through the Master Okawa vocal chords. Unlike the normal channelers, Master Okawa is able to summon any spirit at will and stay conscious during the entire procedure. Since 2009, Master Okawa began conducting these spiritual messages in public, and he has already called upon the number of spirits. He has been recording and publishing messages not only from the spirits of the other world but also from the guardian spirits of those who are still living.

Spirits that Were Called Upon

Sutras Given Directly in English 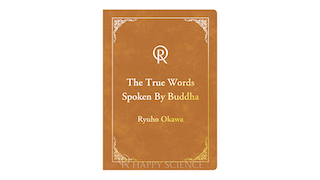 The True Words Spoken By Buddha 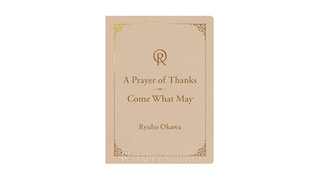 Come What May/A Prayer of Thanks

The English Sutra, "The True Words Spoken By Buddha" is directly given by Master Ryuho Okawa, which is now the main fundamental sutra of Happy Science and is inspired by the consicousness of Shakyamuni Buddha. 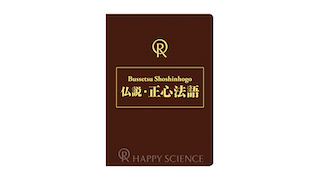 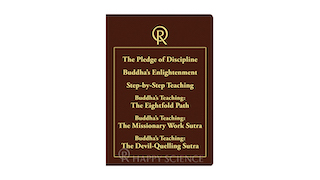 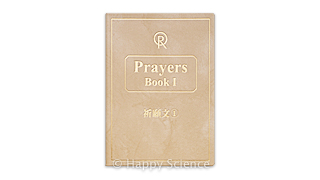 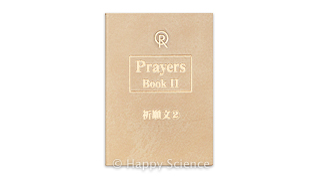 The translation from the Japanese sutra, "Bussetsu Shoshinhogo" and Other Six Sutras contains the core teachings of Happy Science, and extensive explanations of this sutra can be found in the number of books written by Master Ryuho Okawa. “Bussetsu Shoshinhogo” is inspired by Shakyamuni Buddha’s consciousness. The sutra has 10,000 times more power than the Lotus Sutra or the Heart Sutra of Buddhism. “Prayer Book I” and “Prayer Book II” contains various types of prayers to elevate and attune your mind towards Buddha or God to make the world a better place through your mind. 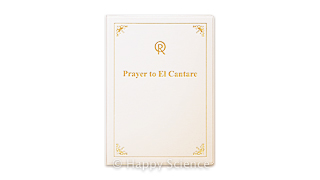 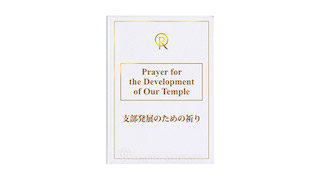 Prayer for the Development of Our Temples

Master Ryuho Okawa granted “Prayer to El Cantare” in 2010 exclusively to the devotees of the Three Treasures.

This holy sutra, “Prayer to El Cantare,” pronounces the greatness and the existence of El Cantare, the God of the Earth, in whom we believe. This is a precious sutra that reminds us of our mission. This sutra also contains “the Principles of Happiness,” namely “the Fourfold Path” (Love, Wisdom, Self-Reflection and Progress). Since Master Okawa granted us with the “Prayer to El Cantare”, Happy Science has advanced in faith to a higher level, toward our belief in the God of the Earth.

“Prayer for the Development of Our Temples”

This sutra is for all the disciples to deeply contemplate the meaning of our missionary base and pledge to develop the temple and spread the Truth through missionary work to prevail light, happiness, and utopia throughout their country. The sutra also contains, “The Eight Merits to Become a Member”, “Six Merits to Become a Devotee”, and “What to Expect from a New Member”.