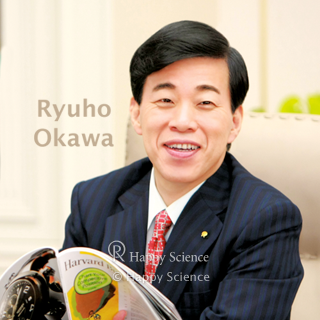 On November 18th, 2007, Master Ryuho Okawa gave his first official overseas lecture in Hawaii, entitled “Be Positive.” This marked the beginning of Master Okawa’s world missionary tour, and he has given lectures in English in all of the five continents.
Since then, Master Okawa has been lecturing around the world as a World Teacher.
His teachings based on universal religious Truths expand to cover concrete proposals for resolving worldwide political and economic situations, and he has given over 3,400 lectures (of which more than 150 are in English and over 1,250 are spiritual messages and readings) in both Japanese and English.

His lectures have been published as books, and a number of them have become bestsellers. He has published more than 3,000 books (of which more than 600 are Spiritual Interview Series), including The Laws of the Sun, which sold a million copies. He has held numerous seminars and produced 25 films based on his teachings. In 2011, he recorded in the Guinness World Records as “the most books written in one year by an individual,” after publishing 52 books in 2010 alone. His publications continued to increase after that, and he published 161 books in 2014. Furthermore, his books have been translated into 40 languages, beginning with English, German, French, Portuguese, Chinese and Korean, and for the readers all over the world.

To date, Happy Science has produced 25 movies. The original story and original concept were given by the Executive Producer Ryuho Okawa. Recent movie titles are Beautiful Lure-A Modern Tale of "Painted Skin” (live-action, May 2021), Into the Dreams…and Horror Experiences (live-action, August 2021), and The Laws of the Universe-The Age of Elohim (animation, October 2021), The Cherry Bushido (live-action, February 2022). He has also composed the lyrics and music of over 450 songs, such as theme songs and featured songs of movies.

Happy Science activities mainly take place at the branches, temples and the Shojas, on the content of education, politics, and making further publications to bring improvements to society.
He has also laid the foundation for ideal politics and education by establishing the Happiness Realization Party in 2009, and the Happy Science Academy – the Nasu Main Campus in 2010 and the Kansai Campus in 2013.
Additionally, he is also the founder of Happy Science University (HSU), which opened as an unaccredited institution of higher education in April 2015 and the founder of IRH Press Co., Ltd., and the Chairperson of New Star Production Co., Ltd. and ARI Production Co., Ltd.

Happy Science now has members in over 165 countries across the world, with more than 700 branches and temples as well as 10,000 missionary houses around the world, and we are actively involved in charity works. For instance, the HS Nelson Mandela Fund is established to support people who cannot receive education due to poverty or racial and caste discrimination, people who are oppressed by their government and people who cannot receive medical treatment.

Find out more about Ryuho Okawa 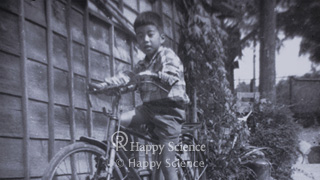 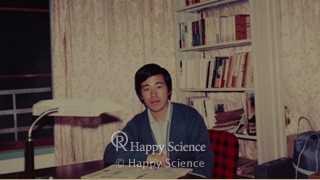 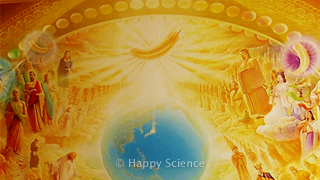 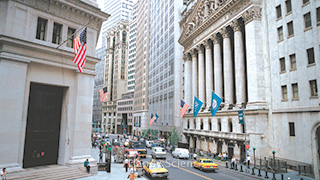 In 1984, Ryuho Okawa was transferred to the Nagoya branch, as it was customary for potential future executives. It was around this time that the thoughts about publishing spiritual messages started to surface, and in August 1985, he published his first book, Spiritual Messages from Nichiren* (available only in Japanese), under his father’s name.
* Nichiren (1222 - 1282): A Japanese Buddhist monk who founded a sect of Buddhism called Nichiren school. 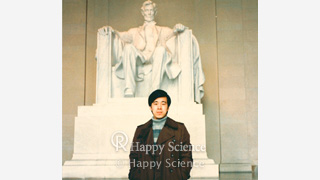 Then, Master Ryuho Okawa published the Basic Sutra of Happy Science, "Bussetsu Shoshinhogo", which was written by automatic writing and contains the condensed core teachings.

On November 23rd, 1986, Master Ryuho Okawa gave his first lecture at Nippori Shuhan-Kaikan in Tokyo, which came to be known as the celebration of the First Turning of the Wheel of Truth.