Happy Science Group is a global organization founded by Master Ryuho Okawa, with Happy Science at its base. Today, Happy Science Group is spreading its activities around the world to realize the ideals and the teachings of Happy Science in society. This is achieved through holding activities in establishing a boarding school, a publishing company, early-childhood education organization, a political party, an institution of adult education, a talent production school and company, festivals on culture and art, wedding and funeral services, all with the aim to create tangible happiness. These activities are supported by our faithful members all around the world. 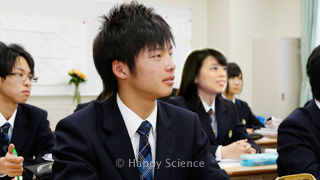 For the believers of Happy Science, it is incredibly important to integrate religion into the basis of education. It is crucial to nurture students with both religious education as well as practical proficiency. At the Happy Science Academy, there are three fundamental beliefs: “Nurturing Students to Become a Virtuous Person,” “Nurturing Students to Become Intelligent” and “Nurturing Students to Become Creative.” These fundamental beliefs are the basis of Happy Science education, and in how we foster elite individuals who can fulfill “noblesse oblige” for the world.
Happy Science Academy Junior and Senior High School is a boarding school founded with the goal of educating future leaders of the world with a big vision, strong perseverance and willing to take on new challenges. Currently, there are two campuses in Japan, the Nasu Main Campus in Tochigi prefecture, founded in 2010, and the Kansai Campus in Shiga prefecture, founded in 2013. 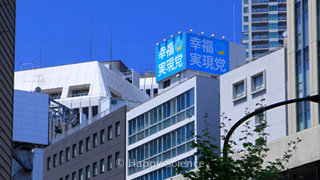 The Happiness Realization Party (HRP) was founded in May 2009 as part of the Happy Science Group by Master Ryuho Okawa, to offer concrete and proactive solutions to the current issues such as military threats from North Korea and China, and the long term economic recession. HRP aims to implement drastic reforms of the Japanese government, thereby bringing peace and prosperity to Japan. To accomplish this, HRP proposes 2 key policies: 1. Strengthening the national security and the Japan-US Alliance, which plays a vital role in the stability of Asia, and 2. Improving the Japanese economy by implementing drastic tax cuts, taking monetary easing measures and creating new major industries. HRP advocates that Japan should offer a model of a religious nation that allows diverse values and beliefs to coexist, and that which contributes to global peace.

IRH Press Co., Ltd, was founded in 1987 as the publishing division of Happy Science. With offices in Tokyo, New York, Sao Paulo and Mumbai, IRH Press publishes Master Ryuho Okawa’s books as well as books in a variety of genres including spirituality, management, personal growth and fiction. 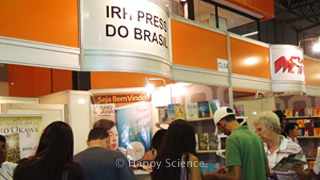 Master Okawa is a renowned prolific writer with more than 2,700 titles published to date, and has been a bestselling writer in Japan for 24 consecutive years. In 2010, Master Okawa holds the Guinness World Record for the most books written (52 books) in one year by an individual. Master Okawa’s books have been translated into 31 languages including English, Chinese, German, Portuguese, French, Spanish and Korean. and the international readership of his books has grown rapidly.

IRH Press also publishes Japanese monthly magazines, The Liberty and Are You Happy? 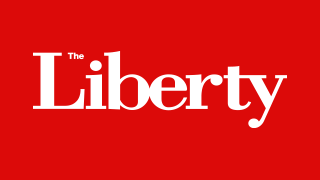 The Liberty features news articles on news, commentaries and opinions on current world issues, and perspectives based on the teachings of Master Okawa. The contents of the magazine are also available online in Japanese, English and Chinese. 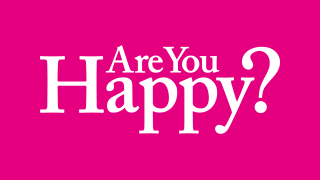 Are You Happy? is a women’s lifestyle magazine that features a variety of topics including family, relationships, parenting, carrer, finance, health, cooking and spiritual well-being. 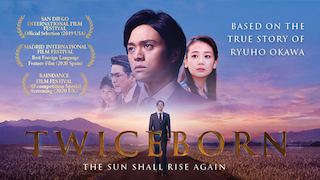 Master Okawa is the director as well as the executive producer of the following 9 films: The Terrifying Revelation of Nostradamus (1994), Hermes – Love Blows Like A Wind (1997), The Laws of the Sun (2000), The Golden Laws (2003), The Laws of Eternity (2006), The Rebirth of Buddha (2009), The Final Judgment (2012), The Mystical Laws (2012), and The Laws of the Universe – Part0 (2015). These films have received various awards and recognition around the world. The Mystical Laws won the “2013 Remi Special Jury Award” the most honorable award for Theatrical Feature Productions, at Houston International Film Festival held in Texas, the US on April 2013. This was the first time for a Japanese animation movie to win this award. 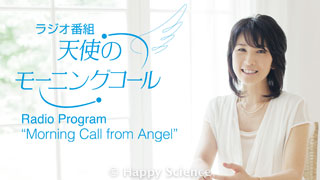 IRH Press is involved in producing radio programs on a regular basis, featuring the teachings of Master Okawa. The program is called “Morning Call from Angel,” and it has been listened by the fans across Japan and Hawaii for over 20 years. Radio Personality, Ritsuko Shirakura guides on how to solve problems that occur in daily life, based on the teachings of Master Okawa. 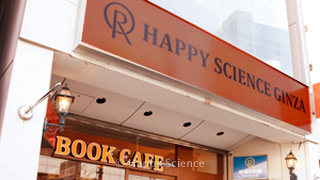 Books Future Co., Ltd was established in 2008 as a subsidiary of IRH Press. It currently operates bookstores in two locations – Ginza and Akasaka in Tokyo. 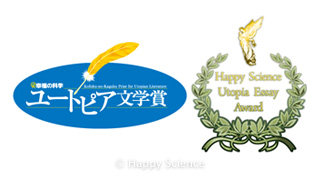 The Utopia Literature Award is an award established with the goal to spread Utopia in society – to create a world of happiness. This award is given to literary works that contribute to the development of the society and in spreading happiness in the world.

Books by Other Authors 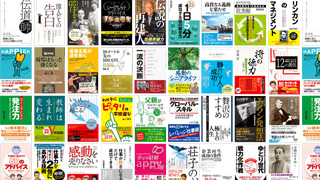 Aside from Master Ryuho Okawa’s books, IRH Press also publishes books of general interest by other authors. The lineup consists of books in the field of business, practical books, health-related books and books on child-care. 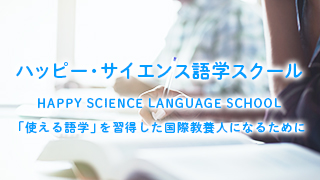 Happy Science Language School aims to create internationally cultured individuals who has achieved 'productive language'. It was established in April, 2019 with Happy Science International Headquarters as an affliliate supporter. There are currently 11 courses available (as of 2019).

You can visit the site here: Happy Science Language School 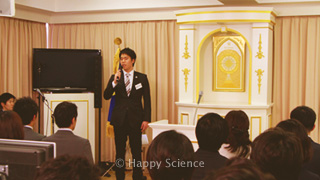 The Happy Science Institute of Government and Management is also established by Master Okawa. It is an elite organization for adult education that aims to produce individuals capable of pioneering Japan’s future in the areas of government and economics. 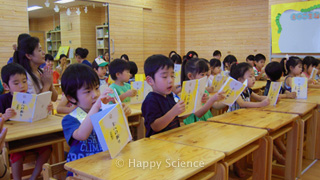 Aimed for children under the age of kindergarten, Happy Science holds classes to nurture healthy, positive and creative children. 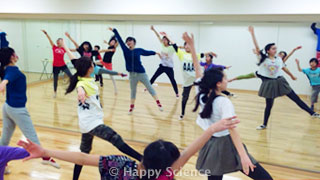 The Future Star’s Training Department was founded within the Happy Science Media Division, with the goal of nurturing talented individuals to become successful in the performing arts and the entertainment industry. 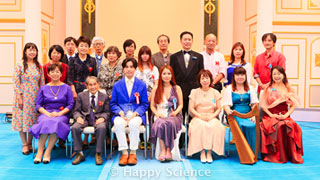 The Happy Science Art Festival is held once a year with the hope of promoting religious art. The festival accepts works from different genres such as music, video, decoration, ornamental, fine art and more. Winners are given opportunities to further promote their art and pursue in their passion.

Raise-Kofuku Ceremony Co., Ltd. (Planning Office for Happiness in the Next Life) 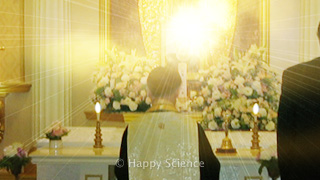 We conduct funerals based on the spiritual Truth of Happy Science to bring salvation to souls who have finished their lives on earth. This is a Memorial Park located in the same property as Sohonzan Nasu Shoja and the Seichi Shikoku Shoshinkan. Happy Science built this memorial park with the hope to bring happiness to those who are returning to the other world. 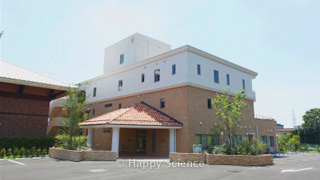 The Senior Golden Temple is a religious facility for followers over 60 years old, who want to go through religious training. 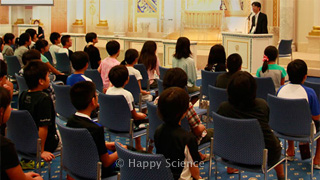 Happy Science has over 180 classrooms throughout Japan and in several cities around the world, which focuses on afterschool education for children from 1st to 12th grade. Not only does the education focus on faith and morals, but also in supporting children’s school studies in their weak areas as well as their strengths. 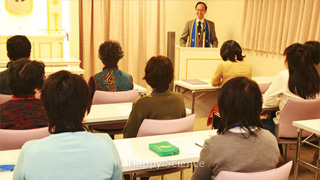 Senior Plan 21 is a Buddha’s Truth practicing program designed for seniors to plan their future lives by reflecting on their whole lives. The class runs for two hours every week, and is suitable for all ages. A handbook called “The Chronology of Your Personal History,” which is useful in whole life reflection, is provided to all participants. Senior Plan 21 is also held in Brazil Shoshinkan. Please contact your local branch or local temple for more information. 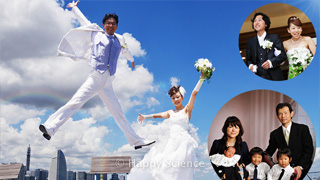 We support those who want to have a harmonious family through faith. Our aim is to contribute to the society by supporting harmonious families filled with love, peace and tolerance.